Congratulations New Officers and Board Members 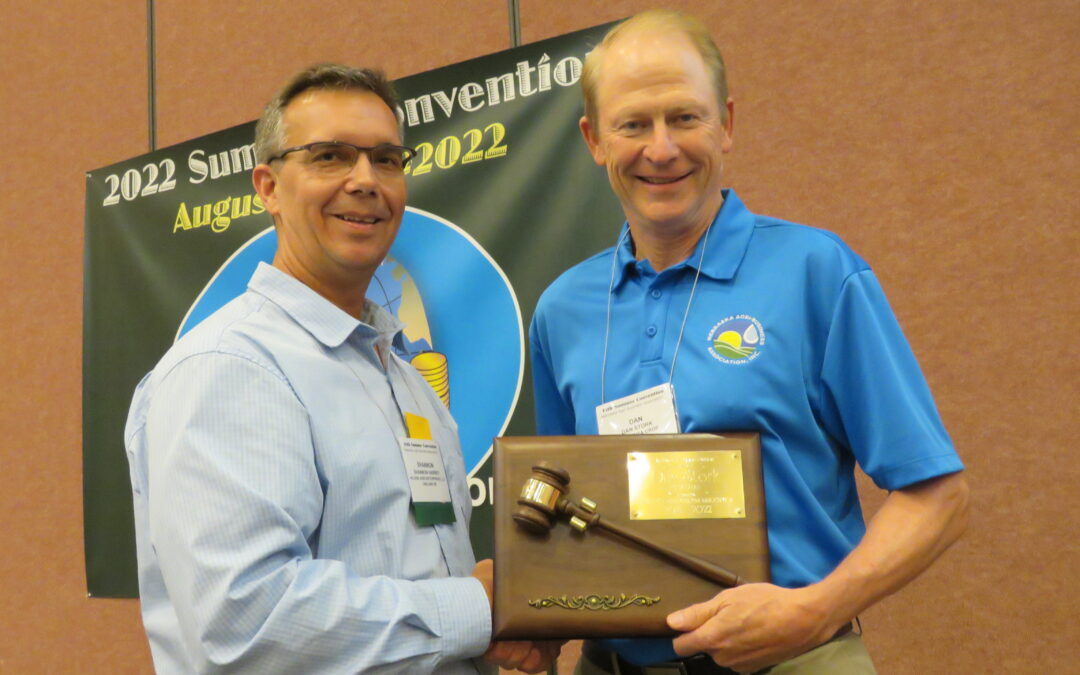 The three new board of directors and new officers for the Nebraska Agri-Business Association were announced at the 2022 Summer Convention on August 24, 2022 at the Holiday Inn Convention Center in Kearney, Nebraska. Our newly elected Board Members are Mark Welch of Dultmeier Sales, Omaha, NE; Slater Chandler with Nutrien Ag Solutions, Imperial, NE; and Mike Heins with Corteva AgriScience, Kearney, NE. Bryan Hoffman with Farmers Pride in Battle Creek, NE was re-elected and will continue on the board as Finance Chairman. Their terms on the board run through June 30, 2025.

Slater Chandler is the Manager of Nutrien Ag Solutions in Imperial, NE. Before entering retail ag he was a farm manager on a large farm/ranch in the same area. Slater spent almost 7 years in the Army as an infantry NCO and was deployed to Afghanistan in 2011 in support of Operation Enduring Freedom where he sustained combat injuries that ultimately ended his military career prematurely. He was fully retired out of the Army in 2013 and went back to his family farm in Georgia before moving to Nebraska in 2015. He previously served on the Nebraska Sorghum Producers Association for 3 years from 2017-2020.

Mark Welch has worked for Dultmeier Sales in Omaha for 28 years as a Plant Project Manager assisting customers with Plumbing Components and Automation Equipment building new facilities or updating existing liquid fertilizer facilities to help make them more efficient.
Mike Heins lives in Kearney and is the Crop Protection Territory Manager for Corteva in Central Nebraska. Previously, he worked in various jobs of Seed and Crop Protection with Monsanto for 20 years. He graduated from the University of Nebraska – Lincoln in 1994 and earned his Bachelor’s degree in  Agri- Business.

Bryan Hoffman is the Agronomy Manager for Farmers Pride in Battle Creek. He has been in the business for 39 years. Bryan graduated from the University of Nebraska-Lincoln with an Agronomy degree. He is a member of the Pierce Lions Club. Has served on the Expo planning committee, and has been a CCA since 1995. Bryan has served one year as a board member for the Association and is currently the Finance Chairman.
The association also thanks Dan Stork for serving as Chairman and Brock Emery for serving as Vice-Chairman this past year. Both received commemorative items at the convention.