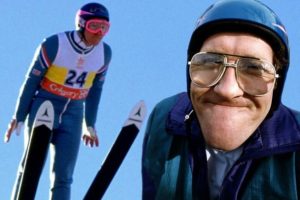 Time for senators to wade through their 479 masterpieces of legislation and flush all bills that do not meet the minimum standard of common sense.

Tuesday is Day 30 in this sixty-day legislative session. Tuesday is also the deadline for senators and committees to designate their priority bills. Each senator gets one, and each committee gets two. Mr. Speaker controls 25 that he will dole out to other senator bills on Wednesday. Obviously, every senator lobbies the Speaker for one of his priorities. They even grovel. It’s embarrassing. Actually scoring a Speaker priority is like Eddie the Eagle must have felt in the 1988 Olympics, after landing his 90 meter ski jump, without breaking his neck.

Committee hearings end February 27. Full day floor debate begins February 28. And, the Nebraska Economic Forecasting Advisory Board meets February 28. Their job is to forecast the future tax revenues of the state of Nebraska. Seems like forever since revenues increased.

The State budget is in the tank to the tune of about $175 million. In response, the Governor proposed a 2% across the board cut for most state agencies. The Appropriations Committee was then tasked to dive into the weeds, hold public hearings, and allow each agency to plead their case for more money, and/or fewer cuts.

The University took their turn in the barrel last Thursday. Their 2017/18 budget is $2,611,936,000. Thirty two testifiers opposed a $33.5 million…for 4 1/2 hours. Yes, there was groveling. The Appropriations Committee will deliver a well-reasoned version of the budget to the entire body after the Forecasting Board does their impersonation of Carnac the Magnificent.

LB1100 / HEARING FRIDAY
Creates the Agricultural Land Valuation Board that would value agricultural and horticultural land based upon the land’s capitalized net earning capacity, rather than property taxes.