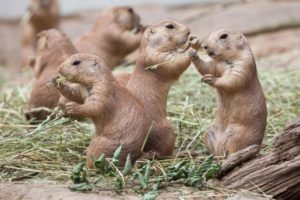 Let’s start with state income tax. Nebraska’s rates are tied to the federal tax code. So, when Congress eliminated the personal exemption credit in December, so did the state. That move created an unexpected $226 million windfall for the state’s budget. It would seem appropriate that senators adjust the tax code and hold those affected taxpayers harmless. Au contraire mon frère! This pot of gold is up for grabs, and some senators hope to divert the newfound cash to their popular cause of the day.
The list of property tax solutions continued to grow last week with Senator Briese’s introduction of LB1084. This bill is a new money generator and K-12 funding stabilizer. LB1084 would generate new revenue from an additional ½ cent sales, charging sales tax on many excluded products and services; excise, additional $1.00 tax on cigarettes; and income tax sources. It directs revenue to state funding of K-12 education; increases the amount in the Property Tax Credit Cash fund and places soft limits on K-12 property tax requests.
The Governor’s LB947 is on the table and has been unofficially amended to create more significant property tax relief. The bill also creates modest income tax relief.
LB829 is the sledge hammer of all property tax relief ideas. Property owners would receive tax credit for 50% of their property taxes paid for K-12 education. It blows a $1.1 billion hole in the budget to be filled by the Legislature next year. A petition initiative is underway that contains very similar language and will be circulated if LB829 falls on its nose. BTY, even more property tax relief bills have committee hearings over the next ten days.
Moving on to black-tailed prairie dogs. Senator (Iron Man) Chambers prioritized LB449, that would ban the hunting of those burrowing rodents that live in large colonies in the grasslands of central and western Nebraska. Wikipedia says their most common predators are coyotes; badgers; bobcats; golden eagles; hawks and rattlesnakes. Oddly, landowners whose livestock break their legs in black-tailed prairie dog holes, are omitted. It’s quite the dilemma.

LB449 will not receive 33 votes to overcome a filibuster. However, the bill will receive extended debate, much of it completely off topic and regarding whatever crosses Iron Man’s mind. And that, ladies and gentlemen, is what legislating in Nebraska is all about.

Hearings this week that can affect property taxes