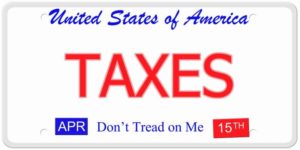 Three bills intended to restructure Nebraska’s tax code have caused quite the hubbub. Without going into detail (you are welcome), the principle tax bill is LB 461. The bill would cut individual and corporate tax rates, value agriculture land on income rather than comparable sales, and increase earned income tax credits for low-income taxpayers.

Two other tax bills (LB 409 and LB 640) are staged to change funding and distribution of state aid to K-12 education. Dry stuff, right? Oh, but just imagine the great drama, name calling and bloody noses before this debate is over.

You can now order “Choose Life” license plates for your minivan.

Finally, a guy ran against Ernie Chambers last November and lost miserably. He then filed a claim that Ernie should not be seated in the Legislature because he lives in Bellevue, not the North Omaha district he represents. As per the rules, a special legislative committee held an evidentiary hearing – the first ever! That was Friday. The guy represented himself. Ernie had Lincoln counselor, Mark McGuire, in his corner. It was embarrassing. All the guy had was hearsay evidence. Even testimony by his own witnesses, debunked his claim. Ernie was absolved and all is right again in North Omaha.