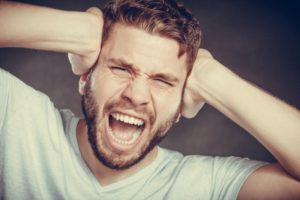 LB 461 is a tax reform bill upon which Governor Ricketts and Revenue Committee chairman, Jim Smith, have expended some serious political capital.

The bill cuts income and property taxes. Good thing, right? Well, it’s not the tax panacea as advertised. Some income taxes are significantly cut. Property taxes, not so significant. LB 461 is really a compilation of many senator bills and amendments, giving Sen. Smith latitude in his attempt to gain 33 votes.

Democrat senators, as well as tax reform, education and agriculture associations strongly oppose LB 461. Here, judge for yourself. From their lips to your ears:

….”The No. 1 thing people are concerned about are property taxes,” Ricketts said. “That’s what LB 461 does – it really addresses ag-land valuations by changing the way we value ag land to an income potential assessment.” Governor Ricketts – Norfolk Daily News

….LB 461 is completely misguided considering what is being asked for by Nebraska property tax payers. This measure would provide only one dollar of property tax relief for every $10 in income tax cuts. Dan Wesley, Nebraska Corn Growers Association on behalf of the Nebraska Agriculture Leaders Working Group

….LB 461, the most comprehensive tax package to emerge from the Revenue Committee in a decade – and the first real opportunity to lower Nebraska’s top income tax rates in at least two decades. Nebraska State Chamber

….(LB 461) would reduce revenue by more than $400 million annually, provide large income tax cuts to the wealthiest Nebraskans and cause many other residents to pay more in state income, sales and property taxes combined. Renee Fry, OpenSky Policy Institute

….”Everything that the Legislature needs to have success with tax reform is within their grasp in LB 461. Jim Vokal, Platte Institute