Over but the Shoutin’ 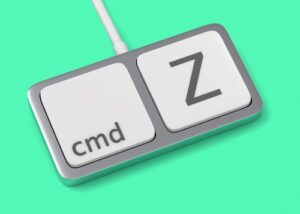 Next Wednesday is Day 60 of this Second Session of the 107th Nebraska Legislature. Senators convene at 10 am to consider overriding gubernatorial vetos of legislation they sent to his desk this week.

If you tune in, be prepared for the obligatory “love you man” speeches by thirteen state senators who are term-limited or chose not to return: Hilkemann, Lathrop, Lindstrom, and McCollister (Omaha), Hansen, Pansing Brooks, and Morfeld. (Lincoln), Kolterman (Seward), Friesen (Henderson), Williams (Gothenburg), Gragert (Creighton), Hughes (Venango), and Stinner (Scottsbluff).

This Legislature spent almost one billion dollars in federal American Rescue Plan Act (ARPA) funds. Why? Because it was there. North and South Omaha took first prize, followed closely by pork spread throughout the state, especially for water recreation projects. Thank your grandchildren for these funds.

The State Cash Reserve Fund is in great shape, with more than one billion dollars set aside for the next economic downturn or for another brilliant idea in which the state can improve your quality of life.

Breaking news! The Charles W. Herbster campaign for governor took one between the eyes today. Eight (presumably Republican) women, including a Republican state senator, claim they were groped or improperly touched by Charles W. His denial was immediate and strongly worded. However, within hours, every female state senator signed a letter stating that Charles W. is unfit to serve as Governor of Nebraska.

With the May 10 Primary Election looming, Herbster’s lead in the polls will take a hit. This story will not go away, begging the question, “does The Donald back away, or does he double down and make a stop in Nebraska?”

Approved by the Governor

Presented to the Governor