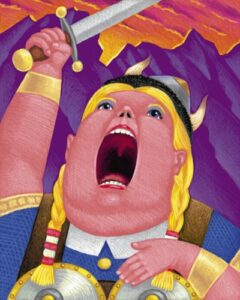 Bill introductions wrapped-up Wednesday, and the fat lady sang, “Hallelujah!”. On the first day of the session, Speaker Mike Hilgers, with a nod to the COVID, asked his colleagues to limit their bill requests in hopes of reducing close contact with one another in the Legislative Chamber. The bill count is 684, plus an additional dozen proposed constitutional amendments (ahem). Committee hearings for every one of these gems begin tomorrow.

The Speaker is departing from the traditional format of morning floor debate and afternoon committee hearings. Again, to distance senators from close contact on the Legislature floor. Beginning tomorrow, committees will conduct bill hearings all day, at least until early March.

There was a dust-up last week during a debate on the Rules of the Legislature. Usually, the Rules’ debate is a dry and philosophical discussion between a couple of senators who actually read the rules. It usually goes something like this: a rule change is requested; senators expound; senators vote; they move on.

But, crack the seal on the worm can of Rules about electing the Speaker and committee chairs, and senators quickly join sides in a game of extreme verbal dodgeball. One side wants secret ballots. The other side wants public votes.

Without elaborating about the competitive play, we can only say that one side cast a flood of votes to retain secret ballots over the groan of senators who prefer transparency. No blood, no foul.

Your legislative committee will meet tomorrow to identify bills that impact the Association, and then determine which bills we support, oppose, or monitor. The following bills are set for hearing in the Agriculture Committee on Tuesday: