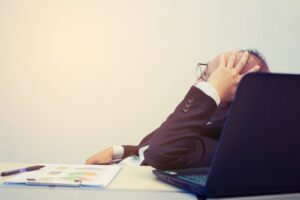 he State COVID plan moved from blue to green. Yes, green is a more environmentally sensitive color choice. In virus circles, green means the maximum indoor warm body count jumps from 75% of capacity to 100%. Local Health Departments must bless gatherings of more than 500 (1,000 in Omaha). It’s hard to predict how Nebraska’s Second City will respond.

At the Governor’s request, Lou Ann Linehan, chair of the Revenue Committee, introduced Constitutional Amendment LR22CA . The bill allows voters to amend the Nebraska Constitution requiring that local government bodies (schools, cities, counties, NRD’s, etc.) cannot increase annual “revenue” from property taxes by more than 3%. At a special election, a majority of voters could increase revenue beyond 3%. Local elected and appointed officials strongly opposed Linehan’s bill. Duh! Some came close to tears but quickly learned that the Revenue Committee does not suffer whiners.

Committee hearings move along much quicker under a cloud of COVID. Hearing rooms are limited to a handful of socially-distanced testifiers, and the ever-vigilant Red Coats quickly dispatch political wonks who somehow enjoy hanging out in hearing rooms. Many testifiers are now submitting written remarks before committee hearings. It is another way to record your position for the record. Hearings wrap-up quickly now (except those in the Judiciary Committee), and most senators are home before dark.

Hey, no one is complaining about shorter hearings. Least of all those fat-cat lobbyists who sit in their fancy offices watching hearings on 84-inch big screens, chucking wisecracks at those pitiful whiners.

LB422 – Monitor – Would decrease the sales tax rate from 5.5 cents to 5 cents and eliminate some sales tax exemptions for personal services.

LR11CA – Monitor – The bill would put a constitutional amendment on the 2022 ballot to require enactment of a consumption tax and prohibit certain other forms of taxation.