The Room Where it Happens 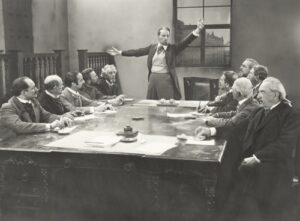 Governor Ricketts signed the $9.3 billion adjusted state budget without so much as a single line-item veto. Hrumph! Who doesn’t enjoy a good veto override battle on the floor of the Legislature?

The Super Seven emerged from “the room where it happens” with a Grand Compromise. A package of economic development incentives, property tax relief, and a $300 million gift to the University of Nebraska Medical Center.

The compromise was immediately amended (AM 3316) by “Scheer” coincidence into LB 1107, a Speaker Scheer priority bill that just so happened to be available on General File. Floor debate began Wednesday, and LB 1107 advanced to Select File on Thursday (43-2-4). Select File debate is Tuesday morning.

Mercifully, the Legislature adjourns sine die on Thursday. Thank you, COVID, for the longest short session in Nebraska history.

Advanced to the Governor

Some Provisions Amended Into LB 1107