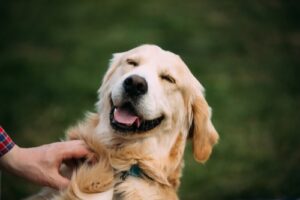 Enjoy the fireworks last night? Then you will get a real kick out of the remaining 17 days in the Unicameral’s session beginning July 20.

Let’s begin with that top-of-mind topic – Tax Receipts! To be more precise, Nebraska’s Net General Fund tax receipts for the first eleven months of this biennium (July 2019 through May 2020). Interestingly, receipts of $4.431 billion are only $6 million short of the $4.437 certified forecast. Not bad considering April fell $326 million short of the projection. May bounced back with a shortfall of “only” $7 million.

Keep in mind that Nebraska received $1.83 billion from the federal government’s CARES Act to help in the recovery of the economy due to COVID-19.

The Department of Revenue will report June receipts on July 15, and the Nebraska Economic Forecasting Advisory Board meets July 23 to determine likely revenue receipts for the immediate future. Look for more clarity after both reports are released.

The Gang of 10 has yet to produce funding solutions for property tax relief and business incentives. Senators are diplomatic and divided on both issues. According to Will Rogers, diplomacy is the art of saying “Nice doggie” until you can find a rock.

Supporters of the use, possession, access, and production of cannabis and its products and materials for serious medical conditions, as recommended by a physician or nurse practitioner, delivered 182,000 signatures to the Secretary of State. That is 60,000 more than the amount required.

If passed, one initiative would amend the state constitution to allow all games of chance at racinos. The second creates a law to regulate expanded gambling, and the third proposes a law to collect and distribute taxes to the Property Tax Credit Fund, the city or county in which the racino is located, and the state’s Compulsive Gamblers Assistance Fund.