Cover your mouth and VOTE! 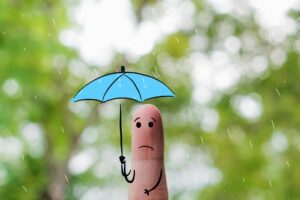 One month ago, we predicted the top two vote-getters in each of the 25 Primary Election races for the Nebraska Legislature. Today, we take a big swing and crown the candidates who just might actually win their respective Primaries on Tuesday.
Let the record reflect that winners are selected in the most scientific process at our disposal…..wet finger in the air. If, for some incomprehensible twist of fate, we pick the wrong winner, let the record also reflect that it’s not our fault.
If When these predictions hold true, the makeup of the Legislature would only slightly change from 30 Republicans / 18 Democrats / 1 Independent today, to 30 Republicans / 19 Democrats.
Select File
LB803 (Hughes) MONITOR – SPEAKER PRIORITY BILL
General File
LB1084 (Kolterman / MONITOR)
LB1159 (Stinner) SUPPORT
Held In Committee
LB919 (Wayne / MONITOR)
LB946 (Briese / MONITOR)
Failed to Advance
LB974 (Linehan) MONITOR – REVENUE COMMITTEE PRIORITY BILL