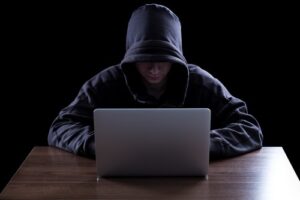 Tragically, two coronavirus-related deaths have occurred in Nebraska. One each in Douglas and Hall Counties. More than 100 confirmed cases are reported statewide. According to the latest US Census Bureau, approximately 1,934,306 Nebraskans have not tested for or contracted COVID-19. Let’s keep it that way!

The Legislature convened last week to pass LB 1198 that includes an $83.6 million appropriation from the cash reserve to fight this pandemic. The debate was blessedly brief, which was difficult for a few senators of the chatty persuasion.

Speaker Scheer suspended the legislative session, with sixteen legislative days remaining. He will determine when it’s safe to reconvene. Have no doubt the Legislature will resume this year to pass the budget, and many priority bills already staged for debate.

The most significant would be property tax relief. The original package, LB 947, was jelly on a canned ham. When opened five weeks ago, most schools and their senators rejected it because of the taste. That ham has been aging in a seasoned Tupperware Vent & Serve and will be amended into LB 1106. Who knows if the aging process is enough to garner 33 votes.

The Speaker is holding LB 720, the ImagiNE Act business incentive bill on Select File since last year, waiting for a resolution to property tax relief. The current Nebraska Advantage Act expires on December 31. A $300 million bill for UNMC (LB 1084) will be amended into LB 720 when the time is right, so COVID-19 or not; LB 720 will be debated this year.

Now wash your hands, keep your distance and be wary of those Zoom Bombers.