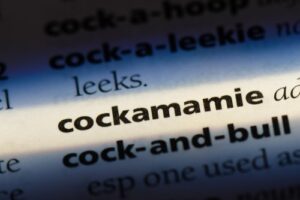 The Nebraska Economic Forecasting Advisory Board meets bi-annually to forecast future revenues headed to the State coffers. The Legislature then uses the board’s best guess to craft the FY2020/2021 portion of the budget.

NEFAB (another one of those clever initialisms) met last Friday and predicted state tax receipts for FY2020/2021 would be $115 million more than initially thought. What good news! Well, it likens to finding a $500 mistake on last year’s tax return, and everyone in your entire extended family, including your old freeloader Uncle Freddie, knows you have extra cash. You know they all will soon be at your front door with helpful and self-serving ideas about how to spend your newfound wealth.

The Legislature’s Appropriation Committee will consider NEFAB’s (there it is again) projections before delivering their proposed FY2020/2021 budget to the full Legislature on March 12.

Public hearings wrapped up last week. As you know, every single bill is entitled to a public hearing. And as you should also know, cockamamie bills are scheduled for the final week of hearings. They don’t advance to General File because of that cockamamie part. Even if there were a mixup in committee and a cockamamie bill did advanced, the pipeline of bills is full of 100+ priority pills and closets-full of non-cockamamie bills.

Looking forward, the kids will engage in all-day floor debate until the legislative session concludes, no later than April 23. Discussion on the budget will take place sometime between March 12 and April 1.