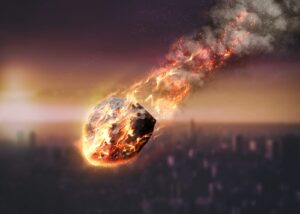 Last week, the Legislature debated General File bills from 2019. New bills introduced this session have yet to receive public hearings, so the Speaker stoked the fire with last year’s kindling. Some bills advanced to Select File, and some did not.

For those who watch floor debate on NET, don’t you experience higher entertainment value when a bill comes under fire, is hotly contested, and then dies a fiery and miserable death? And, don’t you agree that passing a bill while senators gather in a tubby group hug is just so much – meh? I could be wrong.

Senator Brewer’s LB 582 lovefest advanced to Select File. LB 582 is a good and about time bill that cuts taxes on military benefits by 50 percent. Senators fawned all over it like prepubescent girls around Justin Bieber. Interestingly, military tax break bills have been around for years with minimal success. Why is this time different? Perhaps because Purple Heart recipient Colonial Brewer, shot six times and blown up by a rocket grenade during his six tours in Afghanistan, is the most imposing figure in the room. The man can break your will merely by looking in your eyes.

On the other hand, the debate on Senator Blood’s LB 594 was tremendous theater. The Senator worked hard last year to craft the bill on food labeling and deceptive trade practices, e.g., fake meat. While very well-intentioned, LB 594 ran into the Army of NAY. Over several hours, the bill was slowly and methodically wrenched from her cold dead meathooks. The Bieb had left the building.

Governor Ricketts delivered his State of the State address. Projected tax revenues are about $178 million higher than expected….for reasons that are yet to be understood. Property tax relief is his numero uno priority, pledging $500 million in assistance over the next three years. Here’s hoping 2020 is kinder and gentler than 2019 for the Governor and all Nebraskans.

The kids come back on Tuesday. They will spend the morning on year-old kindling. Committee hearings begin in the afternoon, and new bill introductions cease Thursday.