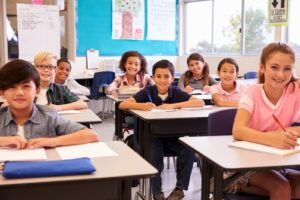 We smiled at the kids last Wednesday, the first day of this short session. All 49 state senators were dressed in their best Sunday-go-to-meet’n. They were giddy awaiting the opening bell. It rang, and the kids began dropping new bills faster than Miley Cyrus drops old boyfriends.

Expect 400-500 bills this session. Last year, senators introduced 733. Those that did not become law, or better yet died in the 90-day (long) session, automatically carry over to this one.

New bill introductions end Day 10 – January 23. Every darn one of them will dutifully receive a public hearing between January 21 and February 27. The session will adjourn no later than April 23. Have a good day.

Floor debate begins Monday, promptly at 9 am. If you are shut-in or have no life whatsoever, gavel-to-gavel coverage is at www.nebraskalegislature.gov. Insider tip, if the camera catches lobbyists standing in the background, behind the glass, they’re goofing off.

LB147 is the first bill on the agenda. It would allow teachers and administrators to engage kids who beat on them. Next is LB153, a 50% exemption for military retirement benefit income. These should take most of the day.

2020 is an election year, and senators representing the 25 odd-numbered legislative districts are up for election. (For those of you in South Sioux City, that’s 1,3,5 etc.) Odd numbered district senators who are term-limited: Speaker Scheer and Senators Bolz, Chambers (82 and still being Ernie), Crawford, Howard, and Kolowski. Two Governor appointees, Senators Slama and La Grone are campaigning in their first election. Hang on; it’s going to be quick and lots of fun.