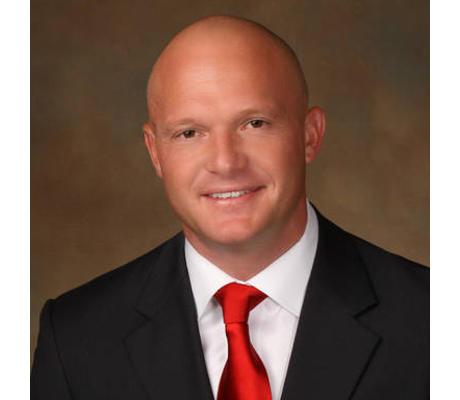 We are very excited to have Matt Davison speak at our opening dinner for the 2018 Summer Convention being held August 21-22, 2018 in York, Nebraska at the Hampton Inn and York Country Club in York, Nebraska.

Jump on the tour bus at 1 PM when the Convention kicks-off with tours to the Pioneer Seed Corn Processing facility and then on to York High School to see their FFA Program. The bus will then take you the well-known restaurant Chances R for cocktails and a great meal, with featured speaker, Matt Davison.

Matt Davison was born on a farm near Tecumseh, Nebraska, a quiet town of 1,700. Taking an early shine to athletics, he excelled in high school at basketball and football, accepting a scholarship from then head coach, Tom Osborne, to play for the University of Nebraska at Lincoln. In 1997, he was named Nebraska’s High School Athlete of the Year and was also honored with the state’s Mr. Basketball title.

It didn’t take Matt long to make a name for himself as a member of the Cornhuskers. On a fateful November night in Missouri, Davison dove to the ground, sliding his hands under the pigskin to record the most famous reception in Nebraska history. “The catch” helped the Huskers earn their third National Championship in four seasons, and launched him onto the national stage.

Today, he is a sports broadcaster and the Associate Athletic Director for Football at the University of Nebraska at Lincoln.

On Wednesday, join everyone at the York Country Club to enjoy talking about the issues in the morning — from International, National and State representatives. Then grab lunch from the Country Club’s grill and get ready to hop on your golf cart and play 18 holes, or jump on the motorcoach to Oak Creek Sporting Club for a sporting clays tournament. Everyone will return to the York Country Club for a great steak dinner and prize awards.