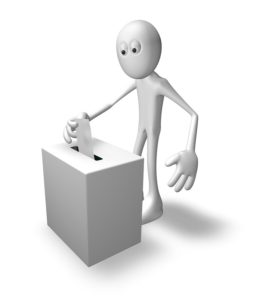 Last Wednesday was the final legislative day of the 105th Legislature, 2nd Session.  After dispatching with 25 Final Reading bills, a pat on the rump from Governor Rickets, and eight sayonara speeches (several way too boring) by outgoing senators (6 term-limited and 2 not running for reelection), the kids adjourned sine die.  Ohhhh, they’ll be back. January 2, 2019.

Elections and more than 160 proposed interim studies should fill staff time between sessions.  But first, let’s be clear about interim studies.  Only a few of them will actually be reviewed by a committee; let alone have a real interim committee hearing. But be very cautious.  An interim study frequently indicates a topic or issue that a senator may embrace next session.

Lest we forget, all constitutional office holders will stand for election this cycle, as are 24 seats in the Legislature.  However, the headliners in the November election may very well be a pair of ballot initiatives that seek to change Nebraska statutes.

Reform for Nebraska’s Future wants to establish the Property Tax Relief Act: “…there shall be allowed to each taxpayer a refundable credit against the income tax imposed by the Nebraska Revenue Act of 1967 in the amount of 50% of the school district taxes that were levied on the taxpayer’s property; and paid by the taxpayer.” an income tax credit of up to 50% of property taxes paid to school districts.”

Insure The Good Life wants to expand Medicaid.  Their petition: “…proposes that Nebraska amend its Medicaid state plan to expand eligibility to cover certain adults ages 19-65 whose incomes are 138% of the federal poverty level, or below, as defined and authorized by federal law, and to maximize federal financial participation to fund their care.”

For you number crunchers, a link below is a two page General Fund Financial Status. Times have been tough for a lot of years, and the fiscal outlook doesn’t smell like roses. Give credit to the Governor and the Legislature for holding spending growth to a minimum while still maintaining an appropriate cash reserve…in the odd chance the glaciers return.  Go Big Red!

LB829 (Erdman) DEAD.
Would enable Nebraska property owners to get a credit or refund on their state income tax return equal to 50% of that portion of their property tax bill, which goes to fund K-12 education.

LB1103 (Friesen) DEAD.
Creates foundation aid that is the greater of 25% of the basic funding calculated for a school district or the total amount certified for a local system, proportionally based on the formula students attributed to each district.