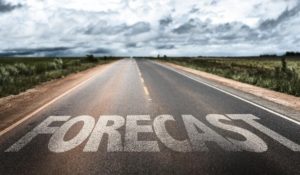 The May 15 Primary Election field is set. Twenty-four seats are in play. Six senators are unopposed and 53 candidates are in the mix for the other 18 Districts.  For the latest rundown on legislative candidates, go to Links below and click on “Primary Elections.”.

Nebraska’s Economic Forecasting Advisory Board met last week to predict future state general fund receipts. Senators use this information to craft the state budget. The board’s prognostications have been in the red for too many years, so good news is welcome. When their forecasting reached fever pitch, board members collectively raised their wetted index fingers and predicted…..partly sunny with 100% chance of budget cuts. Actually, the prediction was $55 million to the positive, meaning budget cuts will not be deeper than those already proposed.

Another “minor” projection was revised at the board meeting. Unless senators pass a bill (LB1090), Nebraskans will not receive the benefits of the Federal Tax Cuts and Tax Jobs Act of 2017. Taxpayer overpayment for FY 2018-19 was estimated to be $220 million. It is now $326 million in individual income tax cuts and $8 million for corporations. LB1090 is on the agenda this week.

Next week: community gardens and seed libraries; inmate access to a telephone; sales tax collection on Internet sales (good one) and a constitutional amendment to establish sovereignty within the state over an area, not to exceed 36 square miles, with a population of fewer than 10 persons per square mile. Now that’s out of the box thinking!

Priority Bills on our Tracking Sheet

LB829 (Erdman) In Committee – Would enable Nebraska property owners to get a credit or refund on their state income tax return equal to 50% of that portion of their property tax bill, which goes to fund K-12 education.

LB1103 (Friesen) In Committee – Creates foundation aid that is the greater of 25% of the basic funding calculated for a school district or the total amount certified for a local system, proportionally based on the formula students attributed to each district.