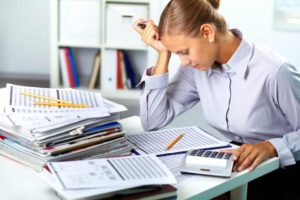 Senators had a long week.  Literally.  Five days. Most of the session the Legislature convenes four days a week. Senators, especially those living in Greater Nebraska, are able to return to their districts for long weekends and sing praises about the good work they do in Lincoln.

Committee hearings are in full bloom with 468 bills and 17 legislative resolutions introduced this session.  As usual, the Judiciary and Revenue Committees take the brunt of the hearings.

Have you heard?  The state budget is short of cash again!  Like maybe $200 million short. In the biz, we call this a revenue shortfall.  Why then, would senators introduce legislation to spend more and create an even bigger shortfall?  Never let it be said that some elected officials won’t spend money they don’t have.

Between the time a bill is introduced, and it has a committee hearing, a Fiscal Note is produced by the Legislature’s Fiscal Office and/or the Department of Revenue and/or or some bean counter armed with a calculator, an imagination, and a #2 pencil.  In economic times like these, bills that require more spending are typically afforded a lovely public hearing with respectful questions and thanks all around.  Later, they are killed in committee.  It’s called Death by Fiscal Note.

While well intentioned, the introducer of the following quartet of spending bills understands that the hearings will be pleasant.  Even cordial.  Enthusiastic supporters will testify in support to improve the lot of our children.  He also knows these bills are already in the clutches of the Grim Reaper of Fiscal Notes.