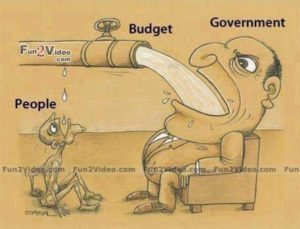 Proponents of LB 337, the $8.9 billion main line budget bill, overcame a snarky filibuster and advanced the bill from General File to Select File. To be correct, the final budget is an amalgamation of several bills, but LB 337 is the MOAB.

Speaker Scheer is now serious.  He scheduled “late night” debate for nine of the remaining seventeen days. WikiUnicam: late-night [leyt-nahyt]: a stressful event between 5pm and 11:59pm, filled with incessant blather. Senators are free to agree or not. Collegiality is optional.

The Economic Forecasting Board gave their final prediction for the next three years. Add another $55 million to the revenue shortfall. Upon hearing that, Senator Stinner, chairman of the Appropriations Committee, convulsed. The Governor and Stinner believe it’s time to use more of the state’s Cash Reserve Fund to cover the deficit.

LB 461 is back this week after failing to overcome a three-hour filibuster. This is the Revenue Committee bill that proposes to lower income taxes, lower property taxes, cure leprosy and win the hearts of all Nebraskans.

Silliness aside, state revenues are crumby and forecast to remain that way. Senators will nitpick specific items to cut in the budget, but they must balance the budget.