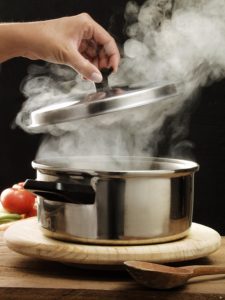 Lawmaking is not supposed to be easy. Love the analogy about making soup. This 104th Legislature, 1st Session is contentious and far from easy.  Much like our nation’s capitol. The Right holds the majority, the Left is in the minority, and a few senators in the middle vote their conscience. This is the Session of Bouillon; soup named for the verb bouillir, meaning “to boil”.

Monday is Day 28 of the 90-day session. No bill has reached the Governor’s desk. Passing legislation is not always a good thing, but floor debate has been little about legislation, and more about chest pounding filibusters (by both sides) over the Rules of the Legislature.

Several of the eighteen new kids in the 49-member Legislature could not resist helping with the soup. Like a young son or daughter sitting by the stove. They helped prepare the ingredients; cut the vegetables; measure the spices and draw the water. Finally, the soup begins bouillir. “That pot is hot, don’t touch,” we caution. They hear our warning, but do they sit patiently watching that pot boil? The piercing screams, this Session of Bouillon, are those of the more inquisitive kids.

LB 276 is a “truth in labeling” hybrid seed corn bill introduced by Sen. Albrecht. The bill was amended to remove some penalties and advanced to General File.

None of the bills on our tracking list are scheduled for committee hearings this week.

The NA-BA TRACKING SHEET has information about bills of specific interest to NA-BA. For you political wonks who can’t seem to get enough information try introduced legislation.