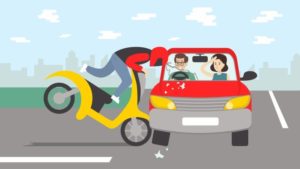 Annually, anti-mandatory helmet Believers (those with and those without scars) find a senator to carry a bill that would eliminate mandatory brain buckets.

The 2017 version is LB 368. For 28 years, each attempt has failed because healthcare and insurance interests are formidable, and they have great lobbyists (smiling emoji).

The story this year is that term limits, and a more organized effort by Believers, tipped the vote in their favor. The requisite filibuster must be overcome, and most vote-counters in the Rotunda had Believers with the necessary 33 votes to do just that. Finally, Believers could ride lidless!

Pavement Surfing is sliding down the highway after laying down a bike at speed.  This too causes Road Rash. Believers now understand the pain of Filibuster Surfing. After six hours of debate, cloture (vote to end a filibuster) was called. Dramatically, the vote was 32-16. One short.  But wait, there are 49 senators, and the certain 33rd vote was missing. He was not in his seat. He was not even in Lincoln. He was absent not voting. LB 368 was a good ride for Believers, but as venerable lobbyist Walt Radcliffe always says, “You must be present to win.”