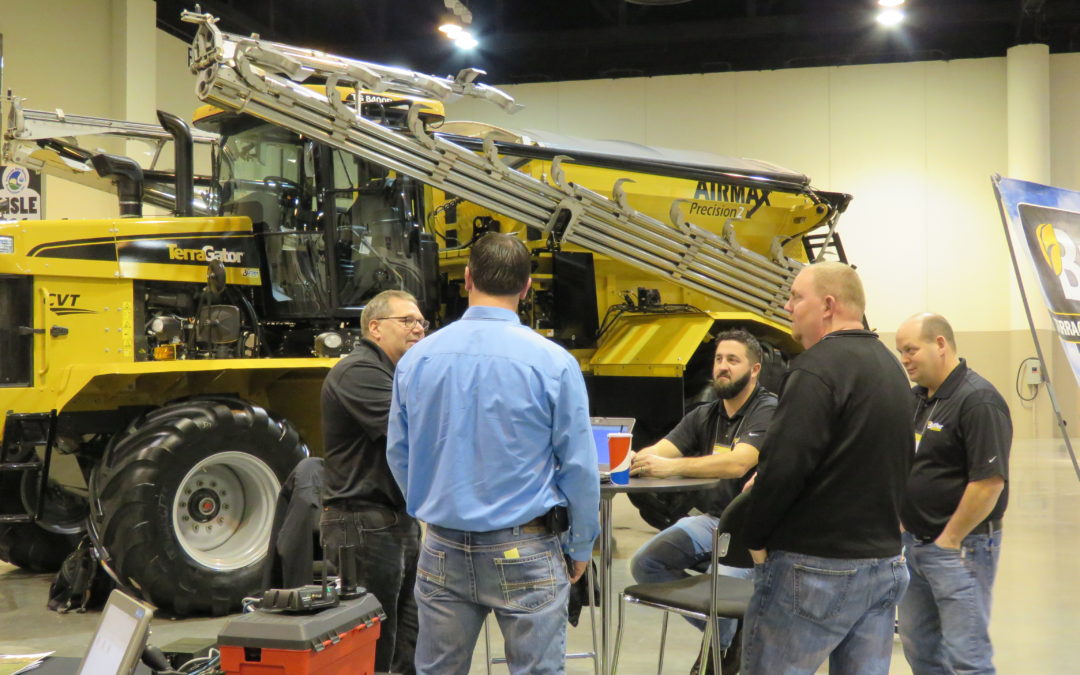 Our annual Expo came together on January 10-11, 2017, at the CenturyLink Center and Hilton Hotel in Omaha. The move back to January from the last two years in December helped to boost attendance and the milder weather didn’t hurt either. Thank you to to many excellent vendors who make this event happen each year!

Congratulations to our award winners who were presented their plaques at the Reception on Monday, January 9, 2017. They are: Senator Deb Fischer, Government Official of the year; Brian Bresnahan of Bresnahan Consulting, Media Person of the year; Dr. Tamra Jackson-Ziems from the University of Nebraska-Lincoln, Education and Researcher of the year; STEP Award Winner, Mike Wollner with United Suppliers; Water Guardian of the year, Dan Walters (posthumously) with the University of Nebraska-Lincoln; and Robert L. Anderson Industry Person of the year, Rick Bowie, Bowie Fertilizer.